A quick post to show how to get a teleop capable husky simulation working in a robocup environment. This was presented as an exercise in the lecture material as part of the Programming for Robotics – ROS series, which is a great set of introductory material to ROS using C++. (Highly recommended)

The specific exercise asks to get the husky simulation working with teleop capabilities in the robocup14_spl_field.world.

The exercise is straight forward, with any road blocks easily resolved by searching ROS Answers.

To run, construct the below launch file first, and place the file in the launch folder of the teleop_twist_keyboard package.

A few points to consider:

If successful you should see Gazebo launch with the Husky robot centered in the Robocup world. After teleoping a bit, you too can send the Husky into the goal… 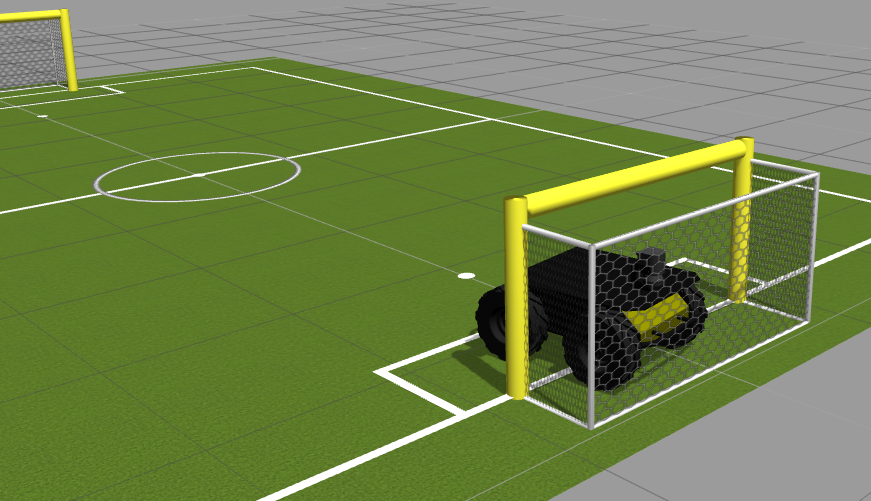