A simple proportional controller implemented in C++ using ROS and simulated in Gazebo with visualization done through Rviz…package available here.

This is a result of working through exercise 3, provided by the introductory course on ROS at ETZH. My personal opinion is that this is one of the most clear and concise introductions that I have come across, and also provides a guide post on best practices, which I surely will look to implement in my own work.

The p-controller, is a control that simply adjusts velocity in proportion to the distance to the target, in this case the pillar. Despite the controller working, I had to make some on-the-fly hacks. 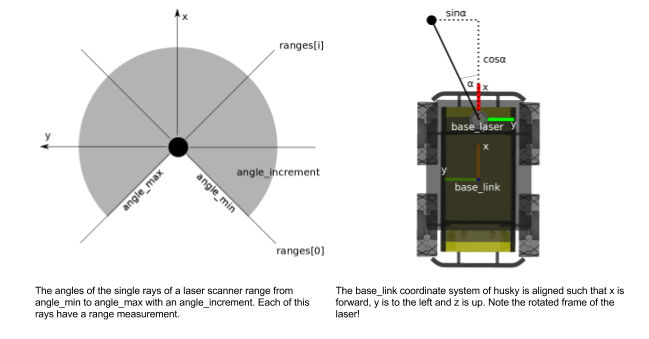 The main factors that need to be resolved:

Thats really it…and you get a pretty cool looking simulation running. This is a snapshot of Husky running in RViz, with laser scan, marker, robot model, and tf all set accordingly.