Creating your own robot: GAZEBO

Gazebo has a nice step by step intro to building your own robot, which I will quickly introduce here. Before getting started with the construction, a brief detour, (well worth the read here), discusses the best practices for the construction of the file directory related to the robot models.

Further, the writers of the tutorial have kindly provided a link to a repository that has many models defined, which comes in great use for those getting initially involved. Each model is a self contained tutorial to a certain extent.

In terms of creating the robot model, the tutorial is self contained, and very straightforward. By the end of the tutorial, you should have a model of a robot with 2 wheels + 1 caster. A couple of concepts to direct attention:

Here is a snapshot of the final result after messing around with the file. I also copy/pasted the turtlebot model and loaded a couple into the Gazebo environment. Overall, the take away thus far, is that this will be a relatively straightforward process to build out a personal robot to use in the coming experimentation. 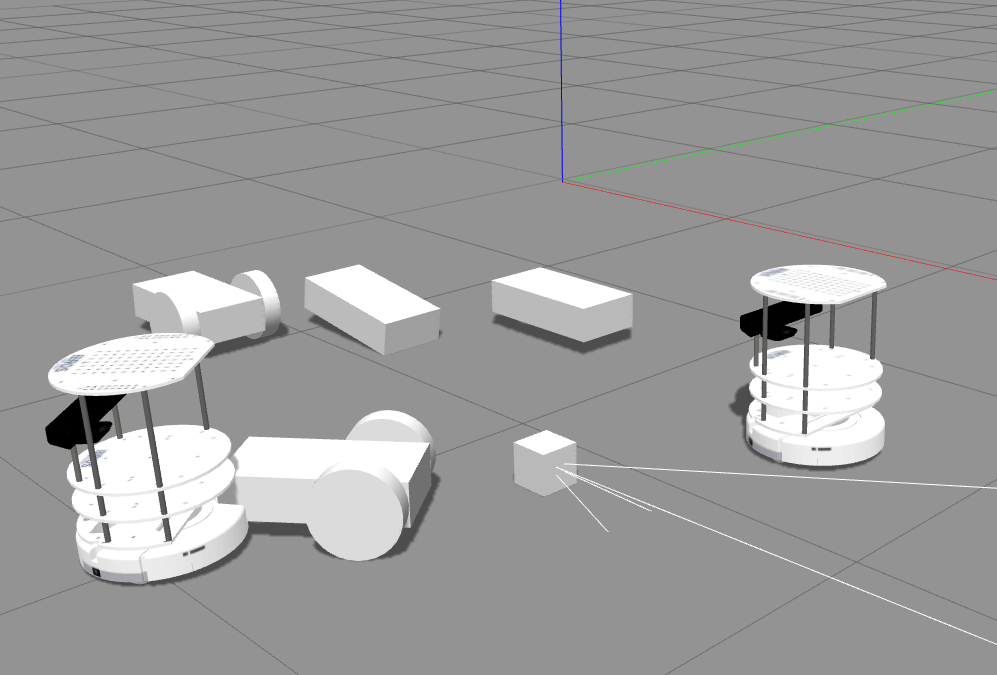